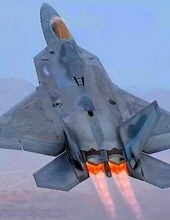 Jerry Leroy Rogers, age 77, passed away on Tuesday, June 9, 2020 in Menasha, Wisconsin. Jerry was a wonderfully kind father, husband and grandfather who was deeply dedicated to his family. He was patient, caring and tolerant. His spirit serves as a constant reminder to all of us who knew him of how to be decent and kind in a challenging world. It is in his spirit that we live our lives amongst others with open hearts. Jerry was a man of incredible quiet strength and beauty that will be missed in this world.

Jerry was married and faithfully devoted to his high school love, Janet, for 57 years. He spent almost his entire career at Lockheed Martin Company; working his way up from a box boy to a world respected analyst and web developer. One of his last projects (and one in which he took great pride) before retirement was the F-22 fighter jet program.

Jerry most enjoyed spending time with his family, but often sought out pastimes like jujitsu, fly fishing, wood carving and classical guitar.

Jerry is survived by his wife, Janet Marie (Tinsley) Rogers; his 3 children: Jeff Rogers, Joel Rogers, and Jennifer Hein and their families; brother, Craig Rogers and many other relatives and friends.

He was preceded in death by his parents, George and Cloron Rogers.

In lieu of flowers, please donate to foundations that support epilepsy research (of which Jerry struggled for most of his adult life) and/or Parkinson's research (which Janet is currently battling).
To order memorial trees or send flowers to the family in memory of Jerry L. Rogers, please visit our flower store.