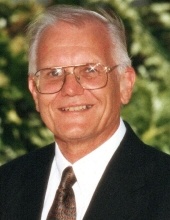 John W. Amberson, 79, of Neenah, passed away peacefully on July 27, 2020, at Theda Clark Medical Center in Neenah, of heart-related complications and sepsis, surrounded by his wife and children.

John was born on Nov. 25, 1940, in Beaver Dam, the son of the late John F. and Dorothy L. (Frank) Amberson. He was a 1959 graduate of Beaver Dam High School. On November 16, 1963, he was united in marriage to the love of his life Linda (Croninger) at St. Peter Catholic Church in Beaver Dam. Together they raised two children in Waupun, WI.

He attended the University of Wisconsin-Madison where he earned a degree from the School of Pharmacy in 1963. John worked at Waupun Correctional Institution for the majority of his career where he headed the Health Services Division. He went on to work at The Wisconsin Veterans Home at King in Waupaca where he took tremendous pride in caring for America’s heroes. John also worked for Morton Pharmacy in the Fox Valley.

John and his wife spent the last several years splitting time between their home in Neenah, to stay close to their son James of Madison, and, in the winter, they traveled to what he called their “cottage” in Boca Raton, FL, to be closer to their daughter Michele, son-in-law Steve and grandson Samuel Anapol.

He enjoyed do-it-yourself projects, gardening and most of all being with his beloved wife and family. John was generous with his time and knowledge, offering to help every chance he had when anyone mentioned a home or outdoor project. What family and friends will remember most about John is his kind and patient ways, curious mind and spirit for living life to its fullest. His warm smile and tender hugs and kisses will be forever missed.

In addition to his parents and in-laws Basil and Katherine Croninger, John was preceded in death by his brother-in-law James Croninger of Fond du Lac; Uncle Clifford and Aunt Lucille (Frank) Hyne of Beaver Dam; many uncles and aunts from his father’s large family; and other relatives.

John’s family wishes to sincerely thank the doctors, nurses and ICU staff at Neenah’s Theda Clark Medical Center for the compassionate, loving and skilled care they provided to John, and tremendous support they gave his family, in his final days.

In lieu of flowers or other gifts, John's family encourages giving in memorial of John, to St. Gabriel Parish Church, 900 Geiger St., Neenah, WI 54956, http://stgabrielparish.com.
To order memorial trees or send flowers to the family in memory of John W. Amberson, please visit our flower store.