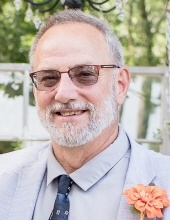 He was born in Miami, Florida on August 4, 1955 to June (Harder) and Donald Krueger. He was raised in Stevens Point, Wisconsin. He received his Bachelors degree in Social Science from UW Stevens Point, where he met his first wife Kathy (Streicher) Sczulczewski. They married in 1980 and raised two daughters together in Merrill, Wisconsin. He married his second wife, Renee Marino, gained four bonus children, and moved to Appleton, Wisconsin in 2005.

Kurt had a full life. He joined the Peace Corps and lived in Tunisia for a year raising bees. He worked as a social worker at Lincoln Hills Boys School in Irma for most of his career. After his relocation to Appleton, he worked as a probation officer until he retired in 2014.

Kurt enjoyed spending time outdoors gardening, camping, canoeing, and whitewater rafting. He travelled the country with Renee, including a six month tour of the western United States, trips to Georgia, Nova Scotia, Tennessee, and the Florida Keys among others. He was always up for an adventure. He always had a smile on his face and a song in his heart. He was a generous, kind, caring person who truly made the lives of those around him better. Words cannot adequately describe him.

A Celebration of Life will be held Sunday, October 20, 2019, from 11:00 am - 3:00 pm at the Stoneyard in Greenville, N1739 Lily of the Valley Dr.
To order memorial trees or send flowers to the family in memory of Kurt D. Krueger, please visit our flower store.