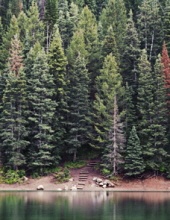 "Larry" Trittin (Lawrence George) son of "Georgie" Merbach (Georgianne) and David Lawrence Trittin, passed at age 43, May 29, 2018, in Kaukauna, WI. "Larry" was born in Stevens Point, WI and later moved to Kaukauna. Larry attended Kaukauna schools, and stuck with his Kaukauna friends through years...hunting, fishing and working on vehicles,welding, and trying to help anyone and everyone he was capable of helping-out. From age-6 into his 40s he remained involved in and tied to his dad's business, Dave's Live Bait besides upkeep of the property.

He leaves behind his mother "Georgie" (Appleton), his dad Dave (St. Paul's Home, Kaukauna), as well as his brother Robert John Trittin (Kaukauna) and step-dad Dennis Merbach. Uncles are Peter (Kathy) Roth and Phil Roth, both of Wausau.

"Larry" is preceded in death by brother David Trittin; his grandparents: Margaret and Lawrence Trittin and grandparents Regina and George Roth, both sets from Wausau.

Everyone who knew "Larry" knew him as the kind and generous person he truly was, and he will be sorely missed.

A mid-June gathering is planned at the old "Pit Stop", out by Wisconsin International Raceway, with a potential date of June 16th.
To order memorial trees or send flowers to the family in memory of Lawrence "Larry" Trittin, please visit our flower store.