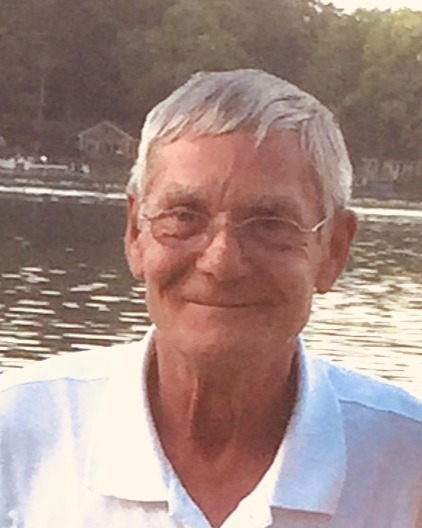 Lloyd Larson III, aged 70, passed away, peacefully, from pneumonia on November 15, 2022, at St Elizabeth’s Hospital, Appleton, WI. He bravely fought to live, sadly, his body no longer could.
Lloyd was born in Washington D. C. on September 5, 1952.  He was the eldest son of four children, 2 brothers and a sister, born to Lloyd Larson Jr and Patricia Come Larson. At the age of five, Lloyd’s family relocated to West Sayville, NY, a small bayside village on Long Island (not far from NYC).  He received his early education in Sayville public schools.
Having a great interest in the pursuit of flying, Lloyd enrolled, as a high school sophomore, at Florida Air Academy in Melbourne, FL. While in Florida, his family, once again, relocated, this time to Waupaca, WI. Lloyd decided to move home, to be with his family, and finish his high school years, graduating from Waupaca High School in 1970.  After graduation, Lloyd attended Parks Aeronautical College in St. Louis, MO.
Lloyd’s mother was very musically talented, singing and playing keyboard instruments while his father dabbled in playing on the drum set.  The couple sometimes hosted music parties inviting other musicians to bring their instruments and make music together.  That experience, coupled with the 1960’s Rock & Roll explosion, sparked his desire to become a drummer.  Lloyd took to playing the drum set easily.  He was self taught (not easy to do considering playing the drum set requires four way coordination) his innate talent & skill led him to form a “garage band” in his teens and, as an adult, he became the drummer for several sought after rock bands touring the midwest.  At the height of his career, he was known as one of the most legendary Classic Rock drummers in the Fox Valley.  Lloyd felt that through sharing the magic of music, he brought joy to the masses, because, in his own word’s  “We make music for them, because they can’t”.
As, a young child, Lloyd(and his two brothers) could be found spending hours building and painting model airplanes and boats.  He loved building models.  As an adult, he took that love to a whole other level of perfection by building highly detailed replica’s of ships and boats, powered by remote control.  One of his greatest joys was to sail his ships on open water with his family and, later in life, often by himself.  He loved being the “Captain of his own fleet”!
In his later years, Lloyd chose to live a more simple life, as a minimalist. His years working as a skilled plastics fabricator demanded attention to detail and perfection. That trait carried over into his daily living having “a place for everything and everything in it’s place”.
All who knew Lloyd loved and respected him as an incredibly kind human.
He was a loving and loyal husband, father, grandfather, brother and friend.  He would generously help family or friends in need, even when he didn’t have much to give.
Lloyd also was an eternal optimist.  He looked for the good in people…even at their worst.  He never faltered or wavered from who he was, no matter how he was tested in life. Lloyd modeled for others what it means to truly have integrity. Our family and friends, are blessed to have loved, and to have been been loved by him.
Lloyd was preceded in death by Grandparents:  Lloyd Larson, Norman and Lucille Peterson, Earl and Agnes Come;  Parents:  Lloyd Larson Jr., Patricia Come Larson;
Aunts:  Naoma Schmidt(John) and Audrey Glatfelter.
Lloyd is survived by his children:  Nina Larson  (James Willard) and Ian Larson (Valerie Bonnison);  Granddaughter:  Dayton Nicholson;  Sister:  Linda Larson Walbrun (Larry);  Brothers:  Stephen Larson and Terry Larson(Megan), Uncle:  Richard Larson, many Cousins & friends, especially, dear friends Mark and Kim Gruetzmacher.
A celebration of Lloyd’s life is being planned for July of 2023 in Waupaca, WI. Burial will be at Park Cemetery in Ogdensburg, WI.
In lieu of flowers donations can be mailed to the following food ministries:
Double Portion.
226Washington St.
Menasha, WI 54952
Fox Valley Community Table
200 N. Commercial St
Neenah, WI 54956
To order memorial trees or send flowers to the family in memory of Lloyd Larson III, please visit our flower store.