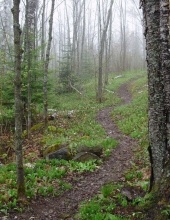 Mark C. Theis passed away unexpectedly Saturday, May 25, 2019. Mark was born on February 1, 1963 to the late E. Howard Theis and Judith (Strutz) Freund in St. Louis, Missouri. Mark graduated from L.P. Goodrich High School in 1981. He went on to graduate from UW-Whitewater in 1986 with a BA degree in Finance, and from UW-Milwaukee in 1993 with a BS degree in Chemistry. He moved to Europe, met Ewa Chojecka in Berlin, Germany, and they married in Fond du Lac, Wisconsin, on August 9, 2001. Mark and Ewa lived in Berlin. Later Mark moved back to the United States and resided in Appleton, Wisconsin.

Mark could strike up a conversation with anyone. He was inquisitive, always wanted to learn and impressed others with his general knowledge. History, geography and music just were a few of many areas of his interest. Mark loved to listen to classical music and, and thru time, built up his personal collection of Beethoven, Schumann and Chopin. His guitar always used to be his companion. Everyone loved Mark’s excellent sense of humor, which he was easily able to express in German language. He was passionate about the environment, always aware of his footprint on the world. Mark was an exceptional skier and has proven this several times in the Alps. He enjoyed long walks, biking, traveling, camping, talking with his sisters, roughing up Hunter (Tracey’s dog), a good Bitburger beer and Jacob’s brat.

Per Mark’s wishes, cremation will take place. A celebration of Mark’s life will be held Sunday, July 21, 2019, at 1:00 PM at Plamann Park (Small Shelter), located in Appleton, Wisconsin. The obituary will be posted again two weeks before the celebration as follow up. The family will scatter Mark’s ashes while camping in his favorite camping spot.

RIP Marky. We love you and will miss you terribly. Trace and Lisa

Ruhe in Frieden. I love you Mareczku. Your Neczka (Ewa)
To order memorial trees or send flowers to the family in memory of Mark C. Theis, please visit our flower store.