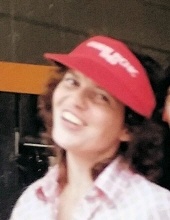 Mary Margaret Moreau passed away peacefully and free of pain in the wee hours of Monday night, November 12 at the age of 72 at Oak Ridge Gardens in Menasha, Wisconsin. Despite a year-long battle with spinal cancer and several long months of hospice care, she bravely maintained a stoic and good-natured attitude for the sake of friends and family.

Mary earned a four-year college degree at UW-Oshkosh before working in Quality Control assurance at Gibert Paper Company of Menasha. During that time, she would meet her husband Randy whose brief time temping afforded them a twice daily encounter during his plant-wide mail delivery.

She loved her animal companions beyond compare and named her first kennel after St. Francis of Assisi, always holding him near to her heart. Her family feels that any type of action that shows special love to another living thing and makes you reflect on your experiences with her would be an appropriate gesture in lieu of flowers.

Mary was artistic-minded and dedicated to making animal connections. For many years, she enriched lives as a valued and respected dog trainer with the Winnegamie Dog Club (of the Fox Cities) building stronger bonds between owners and their four-legged family members.
Also---now her secret identity can at last be revealed: as "Inga the Voluptuous Prop Mistress", her memorable off-camera persona contributed props that helped local TV horror hosts Ned the Dead and Doctor Moreau mock and skewer their B-Movie offerings. Each week during production, she would recreate actual props used in the movies or cleverly come up with her own original works.

Mary would also get a kick from closing with a particularly apropos quote from one of her favorite films. In "Paint Your Wagon", Lee Marvin concludes an impromptu eulogy to a complete stranger with: "What I mean, God, is you have no pity for your living children.

So that's why we 're asking you to “be a little kinder to them when they're dead."

So hopes her husband Randy and anyone who knew and loved and deeply misses Mary.
To order memorial trees or send flowers to the family in memory of Mary Margaret Moreau, please visit our flower store.