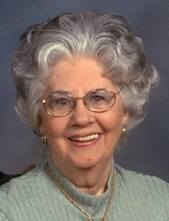 Born August 12, 1922 in Montreal, Quebec, Canada.
Mary worked at Sun Life Assurance Company of Canada. She became one of the singers and dancers in the Sun Life Revue and performed for military service members in Quebec and Ontario during the war. The group did go overseas but due to the unfortunate early death of her father she was not able to go with them. She became secretary to the Comptroller of Computing at Canadair Ltd; a manufacturing company that built airplanes. She was an avid tennis player. Her hobbies included piano, bridge, and traveling. She traveled throughout Europe, and visited Egypt, and Thailand.
She married Earl J. Ryan and had 4 children: Joanne Kenyon, Carolyn Bytof, and twins Darrell Ryan and Diane Leonard. Later she married Gerry E. Boyd. She had 5 grandchildren: Peter Otovic, Ryan Otovic, Erin Robbins, Heather Bytof, and Megan Bytof Thoma. Mary had one great-grand daughter, Reese Robbins.
Mary and her second husband, Gerry, commuted from Florida to Montreal, Canada. Gerry introduced Mary to duplicate bridge as he was a renowned bridge player and had been a Gold Life Master when she met him. Gerry directed many bridge cruises which Mary enjoyed as well. She moved to Appleton, Wisconsin in 2001 to be close her daughter Carolyn Bytof. She enjoyed playing bridge and had many friends in Appleton. Mary also became a Gold Life Master and enjoyed playing in many duplicate bridge tournaments.
She was predeceased by her sister Lorna L. Hogan, her mother Sylvia Homan, and father Leslie A. Tucker. She was a member of the Wesley United Church of Canada, served as a Deacon for the First Presbyterian Church of Stuart, Florida, and she was a member of the First United Methodist Church of Appleton.
Funeral services for Mary will be held at First United Methodist Church, 325 East Franklin St. Appleton, on Thursday, Jan 27, 2022, at 11:00 AM. Memorial visitation will be held at the church from 10:00 AM until the time of services. Private interment at a later date.
To order memorial trees or send flowers to the family in memory of Mary Sylvia Boyd, please visit our flower store.