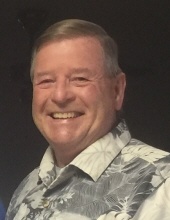 Maynard Earl Bevers, age 76 of Appleton, Wisconsin, passed away at home, surrounded by family, in the early morning of Thursday, July 23, 2020. He fought his lung cancer with a strength and courage that mirrored the valiant strength that he put towards his life every day.
Maynard was born on February 6, 1944 in Watertown, South Dakota to Willis and Elizabeth Bevers. He grew up on his family farm, surrounded by six brothers and four sisters. When talking about his time growing up, getting into mischief, and being outside from dawn until dusk, Maynard exuded the joy that he felt about that time in his life.

On August 27, 1966, Maynard married his wife of 53 years, Kathleen DeVine. When describing their marriage, he loved to say that they were on a wonderful rollercoaster. Every day, he strived to care for her and very rarely were they not side by side.

Maynard spent three years in the 5th Infantry Division of the Signal Corps in the United States Army. He served in Seoul, South Korea during the Vietnam War and spent time stationed in Fort Carson, Colorado. He was honorably discharged as a SPC 5.

After the army, Maynard worked in the telecommunications industry for 43 years. He started as a foreman/lineman and worked his way up to management positions. During his retirement, Maynard took great joy in making the most out of every day. He loved to spend time with his neighbors, Dan and Joy McCormick, whether chatting on the porch or diving into projects. He enjoyed woodworking, being outside, and engaging in service work. For many years, Maynard drove vans for his local VA office and senior citizen center, served food at his local food kitchen, and helped his neighbors in need of extra support. Maynard was also passionate about seeing new places. For nine years, Maynard and his wife traveled the country in their RV and visited family along their way.

Maynard’s greatest joy was doing everything that he could for his family. Everyone that he loved was touched and improved by his acts of service, his abundance of kindness, and his infectious smile. The beautiful legacy of Maynard’s character is how his kindness inspired others to be their best selves. His spirit lives on in that kindness, which is now spread by everyone who has been touched by him.

Maynard was preceded in death by his daughter Jennifer Roberson; his parents Willis and Elizabeth Bevers; his parents-in-law Fritz and Jean DeVine; his sisters Virginia Bevers, Dolores Bevers, and Phyllis DeBoer; his brothers Gerald Bevers and Dwayne (Carol) Bevers; and his brothers-in-law Cliff Jones and Rick Olson.

Maynard will be laid to rest in a private family service at the Whig Cemetery in Platteville. A memorial service will be held at a later date.
To order memorial trees or send flowers to the family in memory of Maynard E. Bevers, please visit our flower store.