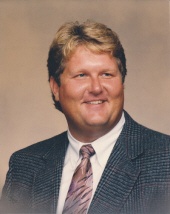 Michael P. Coakley, age 58, passed away in Neenah, after a long battle with cancer on January 3, 2015. He was born in Milwaukee, Wisconsin, but called Appleton home for over 30 years. In 1992, Michael married Laurie Witkowski, and they had two sons together, Dylan and Benjamin. He was a great salesperson and worked in multiple positions throughout his adult life. Michael enjoyed scuba diving in the Caribbean, music and music festivals, riding his motorcycle, classic cars and was also a big Packer fan.

He is survived by his two sons: Dylan and Ben Coakley; daughter: Crystal Galentine and her son Christian; mother: Dorothea Coakley; siblings: Nancy Coakley and her son Paul; Mark (Maria) Coakley and his children Ashley and Robert; Matthew (Cindy) Coakley.

He was preceded in death by his father, Robert Coakley.

The family would like to extend a special thank you to the nurses and staff at both Crystal Place and Theda Care at Home Hospice for the outstanding care provided to Michael.