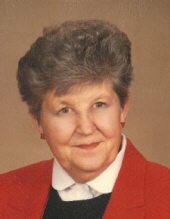 Phyllis Beck, age 93 of Oshkosh, passed away at Bethel Home on Monday morning, August 15, 2016. She was born on September 27, 1922 in Winnebago County, daughter of the late Charles and Lillian (Barthels) Cameron. She graduated from high school in Oshkosh, and married Budd Beck on September 13, 1941. He preceded her in death. As a young woman, Phyllis worked at Hi-K Club as a waitress, and later as a secretary for White House Milk in Winneconne. She worked a time for Rice Pharmacy, but her final twenty-four years were spent at U.S. Bank in Oshkosh. She was an active member of Winneconne's Sunshine Singers, and enjoyed playing the organ and accordion.

Phyllis is survived by a daughter: Judith Rucks; a granddaughter: Kim Rucks; and a grandson and his family: Brad (Sue) Rucks and their children Cassie, Jordan, Noah, Muluken, and Tinsae. There are also three brothers-in-law: Russell Beck, Howard (Jane) Beck, and Armand Beck; and three sisters-in-law: Mae Beck, Jane Beck, and Jean Beck. Phyllis was preceded in death by her parents, her husband Budd, a son-in-law Lyman Rucks, and by several-in-laws.

A memorial service for Phyllis will be held at 11:00 AM on Friday, August 19, 2016, in the Bethel Home Chapel, located at 225 N. Eagle Street in Oshkosh. A visitation will take place at the chapel on Friday morning, beginning at 10:00 AM.

For more information or to share a memory of Phyllis, please visit www.hovcremation.com.