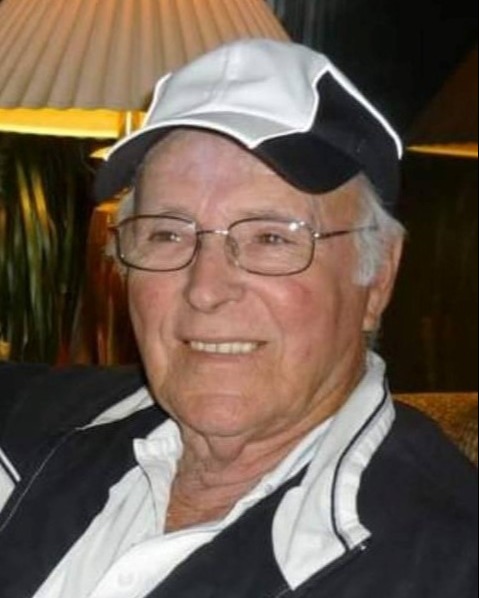 Ralph W. Patton, 88, passed away peacefully on Saturday, December 10, 2022. He was born on July 19th, 1934 in East Bernstadt, Kentucky. A diehard sports fan, you could find Ralph cheering on his beloved Kentucky Wildcats, rooting for the Packers, winning local golf tournaments, or even playing pick up ping pong in Korea while serving in the Army shortly after the Korean War ended. Although this southern boy might have complained a bit (a lot) about the bitter cold our northern winters can put us through, there were many things he loved about being a weathered Wisconsinite, such as the lifelong friends he made at Ridgeway Country Club, owning/operating his printing and dry cleaning businesses, spending summer nights at the WIR racetrack, and enjoying a good Friday night fish fry. But most importantly, he loved his family of cheeseheads. Ralph will always be remembered for his sense of humor, love of automobiles, homemade biscuits and gravy, and his ability to tell a story.

A private celebration of life will be held with his immediate family.

To order memorial trees or send flowers to the family in memory of Ralph W. Patton, please visit our flower store.