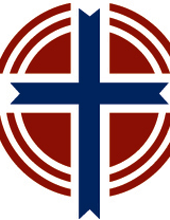 On August 5, 1955 he married Lois M. Stewart and they moved to Iowa where he attended Iowa State College at Ames. His study for the ministry took him to Concordia Seminary, Springfield, Illinois. After graduation in 1959, he served one year as a vicar during a pastoral vacancy at two South Dakota congregations; South Shore and Germantown. He spent is final year of seminary training at Wisconsin Lutheran Seminary, Mequon, Wisconsin and graduated in 1961.

Upon graduation, he was called to the WELS Mission in Zambia (the Northern Rhodesia, Africa). In 1963 Rev. Cox, together with the Rev. R. W. Mueller, left Zambia to begin mission work in Malawi (then Nyasaland). They were the first Lutheran missionaries to enter Malawi. In 1992 Rev. Cox accepted the Call as Mission Coordinator in the Apache Mission. His call was to service as the Mission Coordinator for the two-man team and establish a worker-training program for training national pastors. Rev. Cox spent 30 years in Africa, serving in Zambia, Malawi and Cameroon.

Rev. Cox served the Lutheran Church of Central Africa in various capacities. Mission Superintendent from 1976-1986. Mission Coordinator in Malawi from 1986-1992 and in Cameroon as the Mission Coordinator and principal of the Lutheran Seminary.
Rev. Cox has also served in the pastoral ministry in the United States. He was pastor of Good Shepherd’s congregation in West Allis from 1971-1974. After leaving Africa in 1996, he served as pastor in Keystone Heights, Florida. In July of 1996, Rev. Cox retired from the full-time pastoral ministry and moved to Columbia, Tennessee. In 1998, he was appointed by the Board for World Missions of WELS to serve on the Humanitarian Aid Committee. In 1996, Rev. Cox was called to serve as the part-time-semi-retirement pastor of Faith Lutheran Church in Oshkosh, Wisconsin. He fully retired in 2007 remaining in Oshkosh with his wife, Lois until his passing on February 12, 2020.

A service of Victory will be held at St. Paul’s Lutheran Church located at 1010 Adams Avenue in North Fond du Lac, Wisconsin, on Sunday, February 16, 2020 at 4:00 PM. Visitation will be held at the church on Sunday from 2:00 PM until the time of service.
To order memorial trees or send flowers to the family in memory of Rev. Raymond G. Cox, please visit our flower store.