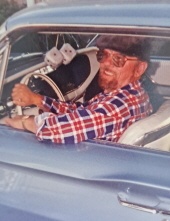 Richard Bergman, age 77 passed away February 15, 2021. Richard enjoyed western movies, listening to music and playing a variety of games-bingo and slots to name a few. He especially loved to play any kind of card game even learning new games from his grandson Karson; but Poker and Rummy were among his favorites. He also enjoyed spending time taking long drives and fishing. Some of Richard’s happiest days were spent on those long drives with no real plan or agenda in his cool blue antique car. The day he got his Light blue T-Bird was one of the proudest and happiest days of his life! In his early years, Richard played in a band with his good friend Werner whose friendship Richard cherished for more than 40 years. Richard leaves behind his ever-present cat Henry as well as many people who loved him including Paula, Marcia, Leslie, Jim & John in whose lives he was a huge influence.

Richard’s family will be following his final wishes and celebrating his life privately.
To order memorial trees or send flowers to the family in memory of Richard L. Bergman, please visit our flower store.