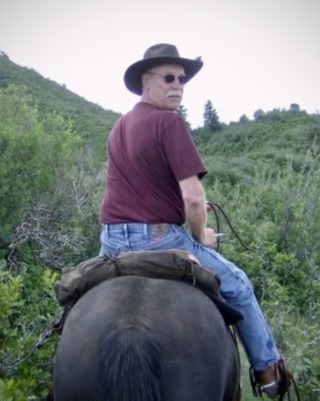 Richard “Dick” Sell, 68, of Stockbridge, WI, passed away on November 16, 2022 after suffering a debilitating stroke in September of 2009. He was at home surrounded by his loving family and friends.

Dick was a husband, father, brother, grandfather, and friend to many. He had a heart of gold, never hesitating to help people out. His unique expressions were always sure to leave you with a chuckle. Dick’s love for the outdoors ran deep. He was a lifelong hunter and spent 18 years living in the mountains of Colorado. There, he guided elk hunts and was happiest on the back of a horse exploring trails and making his own. We like to think of him now riding a beautiful horse across the mountain tops with a grin on his face having that ride he always dreamed of.

Dick did not believe in funerals or services, preferring to be celebrated with the good memories each person held of him.

To order memorial trees or send flowers to the family in memory of Richard "Dick" Sell, please visit our flower store.