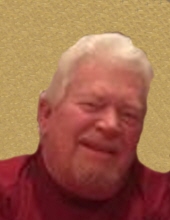 Robert “Bob” Anthony Schwartz, 82 years, passed away February 12, 2019 at ThedaCare Regional Medical Center – Appleton. He was born September 20, 1936 to Charles and Maude Schwartz (Chivers) in Montello, Wisconsin. He was a graduate of Montello High School. On July 2, 1988 Robert “Bob” and Cheryl Schwarz (Young) were married in Appleton, Wisconsin.

Bob was a dedicated worker in furniture management and sales for his entire career. Bob retired in 2009.