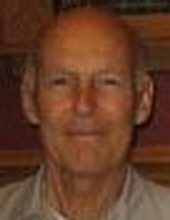 Robert “Bob” Lee Drew, age 77, of Greenville, Wisconsin, went to be with his Lord after a long battle with cancer on Thursday, July 15, at Cherry Meadows Hospice Facility.

Bob was born in Youngstown, Ohio, on January 29, 1944, to Ethel and Leon Drew, who both preceded him in death. He graduated from Columbiana High School and went on to receive a mechanics certification from the Pittsburgh Institute of Aeronautics. For fun, later in life Bob got his HVAC Technician Certification and Home Inspection Certification.

Bob is survived by his wife, Mary, as well as his two children and their spouses: Brian and Melissa Drew and Jennie and Lynn Owens. He is survived by four grandchildren: Brianna, Caleb, Stephen, and Sebastian Owens, and one great-grandchild, Ada. He is also survived by two sisters, Mary Reiboldt and Phyllis Andrews.

Bob served in the Air Force during the Vietnam War achieving the rank of Sargent. He worked as an avionics technician in Thailand during part of his service. While there, he was named “Maintenance Man of the Month.” During his time off, Bob would help local churches reach out to children.

Bob was a hard worker. He worked as an avionics technician for places like Green Bay Aviation and Proctor and Gamble. He even opened his own avionics shop for a few years called Five Square Avionics in addition to his regular job. He retired from Air Wisconsin after working there 24 years, from 1982 until he retired in 2006.

When Bob wasn’t working to provide for his family, he was building houses or taking care of his rental properties. Over the years he built eight houses from the ground up. Five of those houses were for his family. He enjoyed gardening and building sturdy, heirloom quality furniture for family members. He also built go-carts for his kids and grandkids to enjoy.

If anything needed to be fixed, Bob was the man for the job. If he wasn’t fixing something at home or on a duplex, he could often be found at Valley Baptist, fixing an air conditioning unit, building a steeple, or putting a new roof on their blue house. He even made a puppet stage for the children’s department.

Bob enjoyed helping others. He loved working in the nursery on Sunday mornings and would talk excitedly about what happened with the little ones each week.

Bob was a very generous man. He was known to give his time and money to those who needed a little extra help. He would frequently deliver fruit or kids’ books to single moms in the church or would fix appliances for someone who couldn’t afford to have something done.

Bob’s Memorial Service will be held on Saturday, July 24, 2021 at 2:00 PM at Valley Baptist Church, 3600 N Chippewa Street, Appleton, WI. The visitation will begin at 1:00 PM until time of Service. Dessert reception to follow.

In lieu of flowers, the family has asked that people consider donating toward a landscaping project that Bob had been wanting to do, but, due to the cancer’s effect on his brain, was unable to finish. You can find more information about the fundraiser here: https://gofund.me/a1ac14c8
To order memorial trees or send flowers to the family in memory of Robert Lee Drew, please visit our flower store.