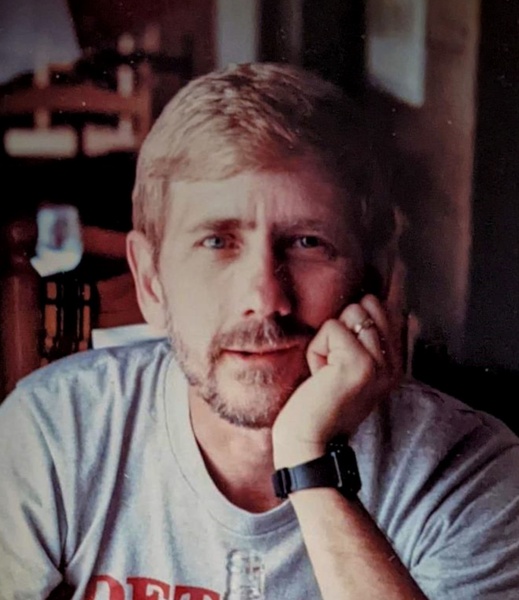 Ron S. Clark passed away peacefully in Neenah, WI, surrounded by family on 23 April 2022 after a brief illness. Ron was born in Chelsea, Michigan, on 15 June 1940. He was the son of Steve G. Clark and Beatrice Truckey Clark and grew up in Chelsea, graduating from Chelsea High School in 1958. He is survived by his wife of 33 years, Janet Harvey-Clark, and their child, Kit Chelsea Clark Glogovsky, who is married to Sam E. Glogovsky. Ron and Janet moved from Jackson, Michigan, to Neenah, Wisconsin, a year ago to live near Kit and Sam.

Ron began his higher education at Michigan Technical College before transferring to Northern Michigan University, where he earned his Bachelor of Arts and Master of Arts degrees in Education, with specialties in Art, History and Psychology. He also earned a master’s degree in Math Education from the University of Detroit. Ron taught a variety of subjects from kindergarten through high school for over 40 years, including Art, English, and History. Ron spent over 10 years teaching Mathematics to high school students in Detroit, Michigan; Fuquay-Varina, North Carolina; and Battle Creek, Michigan. When he left teaching, Ron took on his favorite role—full-time dad to Kit while the family lived in Jackson, Michigan.

One of the many reasons Ron loved teaching—in addition to inspiring students to learn, question assumptions and express their creativity—was the opportunity his summers gave him to travel. Ron explored all the continental United States and many parts of Canada, with a special love of discovering America’s national parks, and he loved introducing camping and many of these areas to his kids. He took up flat-water kayaking in the 1980s, and Ron kayaked and camped solo along over 800 miles of Lake Superior’s shoreline. Ron met Janet in Sault Ste. Marie, Michigan, and the Upper Peninsula became a much-loved destination for their family.

Another favorite place for Ron was Sanibel Island and Captiva Island off the Gulf Coast of Florida. Ron worked several summers at South Seas Plantation on Captiva and loved sharing the wonderful nature of these areas with all three of his children.

After Ron and Janet married in 1989 and moved to North Carolina, they discovered Topsail Island off the Southern coast of the state, and this beautiful beach area became a favorite of Ron, Janet, and Kit. Ron also traveled in the 1990s to Great Britain, exploring Scotland and England. Ron and Janet took a special trip to Sanibel and Captiva over Christmas 2021, and they visited North Carolina in April 2022, spending time with Janet’s brother, Robert, sister-in-law, Lynn, and their young daughters, Karli Rae, 3, and K’La Claire, 5 months. Ron and Janet enjoyed a final beach vacation together on Topsail during this time.

The depth of Ron’s lifetime experiences shared an appreciation and love of nature, which included a passion for fossil/rock hunting and collecting, a fascination with and incredible knowledge of all creatures great and small, and an awareness and understanding of science as the method by which knowledge is acquired. His love of art, music, and literature equaled his enthusiasm for nature and science. He was an avid reader—especially sci-fi and fantasy. He enjoyed going to museums and had eclectic tastes in music, with his favorite group being Pink Floyd, while also enjoying Willie Nelson, Celtic music, Simon & Garfunkel, and a variety of jazz.

Ron’s range of interests and knowledge reflected his attitude that life is to be lived in the moment with attention to learning what lessons await. He respected people as individuals, did not judge others, and was a staunch defender of human and civil rights for people of all ethnicities, races, and nationalities as well as sexual orientation and gender identity. Most of all, he loved his family unconditionally and was with his family the day he left this world to go on his next adventure.

A Life Celebration for Ron will be held on Saturday, June 4, 2022, at the Michigan Friends Center in Chelsea. The service begins at 2 p.m. with a reception to follow. The venue is located at:

Directions may be found at: https://mfcenter.org/diriving-directions/

To have an accurate count, please RSVP by Friday, May 27, 2022, by sending an email to Janet Harvey-Clark at: janetharveyclark7@gmail.com

In lieu of flowers, the family asks that donations be made to The Trevor Project, the world's largest suicide prevention and crisis intervention organization for LGBTQ (lesbian, gay, bisexual, transgender, queer, and questioning youth) at: https://www.thetrevorproject.org/

A tree may also be planted in Ron’s memory using the Plant a Tree button above.

To order memorial trees or send flowers to the family in memory of Ron S. Clark, please visit our flower store.