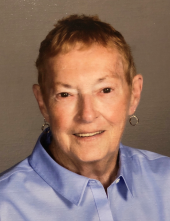 RoseAnn Blair passed away Saturday January 5, 2018, at ThedaCare Regional Medical Center, Appleton. RoseAnn was born June 6, 1939 , in New Milford Connecticut. A graduate from Danbury State College in Connecticut (now known as WCSU), RoseAnn had a 35-year career as an elementary school teacher. She started her career in the Connecticut school system until she relocated to Neenah, Wisconsin in1970, retiring in 1994. RoseAnn was Teacher Of The Year in Neenah for 1986.

RoseAnn was an active member of the First Presbyterian Church in Neenah. She served on many committees with missions being most dear to her heart.

Since 2005, RoseAnn was a member of the wellness staff at the Neenah-Menasha YMCA, a position she truly valued. She loved working with and helping the members.

RoseAnn was the first recipient of the Connie Steel Woman of Strength Award awarded by the Samaritan Counseling Center as part of their yearly Silent Samaritan Campaign. She was also a member of the Board of Directors for the Center and remained active in that organization.

RoseAnn was preceded in death by her parents John and Catherine Blair and her sister Jean Fredlund.

A memorial service only will be held Saturday January 12, 2019 at 2:00 PM at First Presbyterian Church, 200 S. Church Street in Neenah, followed by a gathering and celebration of life.

In lieu of flowers, donations may be made to the First Presbyterian Church, Neenah - Missions committee, Samaritan Counseling Center or Habitat for Humanity.
To order memorial trees or send flowers to the family in memory of RoseAnn McLaughlin Blair, please visit our flower store.