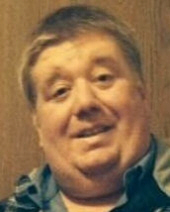 Sean P. Weigman age 46, of Appleton passed away April 21, 2016 of natural causes. Sean was born July 11, 1969 in Kaukauna, Wisconsin to Mary (Seering) Weigman and Jack Weigman. Sean worked as a machinist for 17 years most recently at Feibelkorn Manufacturing. Sean enjoyed fishing, golf, cooking, and was the ultimate grill master. There was never a dull moment with Sean as his quick wit often had everyone laughing. Sean was kind hearted and was always willing to help those in need.

There will be a Celebration of Sean's Life from 5:00 PM to 7:00PM on Tuesday, April 26th with a buffet at Geenen Hall, St. Patrick's Church, 324 Nicolet Blvd. Menasha. To express online condolences please visit www.hovcremation.com.