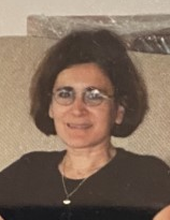 Sema “Sam” Wallace, of Darboy, Wisconsin, passed away peacefully on December 27, 2019 surrounded by her loving family. Sema was born in Istanbul, Turkey to Mehmet and Saime Kanmaz. She had a lively and comfortable childhood in Turkey with her parents, her two brothers Vahtet & Ali and her sister Naime. She immigrated to the United States in 1979. She met her soulmate and best friend, Jeffrey Wallace, in Rome, New York in 1981. They moved to Kaukauna, Wisconsin in 1985, where they raised their two beautiful children, Shirin & Mehmet. She had several different jobs in retail, selling shoes, before she got her job at Rich’s bakery, where she worked for 11 years. They built their dream home in Darboy, Wisconsin in 2001. Throughout the years, Sema and Jeff traveled to many beautiful places, such as Hawaii, Mexico, the Caribbean and several trips to Jamaica. She finished her baking career and retired from Sam’s Club in 2007.
Sema was survived by her husband and love of her life of 39 years, Jeffrey Wallace of Darboy, Wisconsin, her daughter Shirin Skifstad (Shawn) and their children, Ella & Addison of Oshkosh, Wisconsin; her son Mehmet Fitzhugh (Samantha), his son Logan and their children, Nezihe & Minnie of Darboy, Wisconsin.
Sema was a special soul. She loved her family fiercely and unconditionally. She was a selfless woman and always put her family before her own needs. Her 5 amazing grandchildren were the light in her eyes; she was the best “Ona” & “Nana” in the whole world. She may have been small in stature, but she had a huge beautiful presence. She was someone who could walk in a room of strangers and before long, she was surrounded by friends. She loved riding on the back of Jeff's Harley and in her eyes it was always 5:00 somewhere. Her sense of humor was always on point. It may have not always been appropriate and her charming accent made it even funnier. She was known for her sharp tongue, but she always said it like it was. She loved her trips up to the casino, and they would always be prompted by the phrase “Jeff, my hands are itching.” She was one heck of a cook and was known for many dishes; mainly her delicious pepperoni bread. She was someone that was always well put together and always made sure she looked good, even in her last days. Her strength and courage were unmeasurable. She was the strongest and bravest woman her family ever knew. She will be missed dearly; she was one of a kind and life will never be the same without her.
Sema and her family would like to extend a special thank you to the ThedaCare at Home hospice team that was involved in her care. Dawn, Amber, Lou, Cindy and Ida were so wonderful and helpful during this difficult time.
The family is choosing to celebrate Sema’s life privately on a later date. To express condolences, please visit www.hovcremation.com.
To order memorial trees or send flowers to the family in memory of Sema "Sam" Wallace, please visit our flower store.