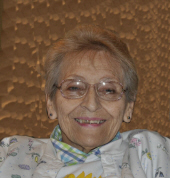 Shirley Nollenberg (Blajeski) Carter, age 81, of Neenah passed away October 14, 2016. She is preceded in death by her father Anthony Blajeski; her mother and stepfather, Regina and Bertil Malmstrom; her brother and sister-in-law, Anthony and Pat Blajeski, a son, Joseph Nollenberg and a grandson Shawn Nollenberg. She is survived by her children; Therese (Robert) Siehr, Kim (Michael) Thornell, Kelly (Chuck) Hull; Anthony Nollenberg, Shawn (Sherry) Nollenberg, and Michelle (Robert) Kraus, as well as her brothers; Thomas (Laurie) Blajeski and William Malmstrom. Shirley is also survived by many beloved grandchildren and great grandchildren, nieces and nephews, and her lifelong friend, Paddy Trams.

In addition to her years as a loving mother, Shirley was employed by Theda Clark as an operating room technician. After she moved to Rockford, IL, Shirley was the Special Needs and Mental Health Coordinator for the Rockford Head Start program. She retired from Head Start at the end of 1992 and returned to Neenah to care for her mother in the last months of her life.

A funeral mass will be held at 11:00 AM at on Tuesday, October 26, 2016 St. Gabriel's Catholic Church, 900 Geiger St. Neenah, with a luncheon to follow. There will be a gathering before mass to celebrate the life of Shirley at The visitation for Shirley will be at 9:30 AM.