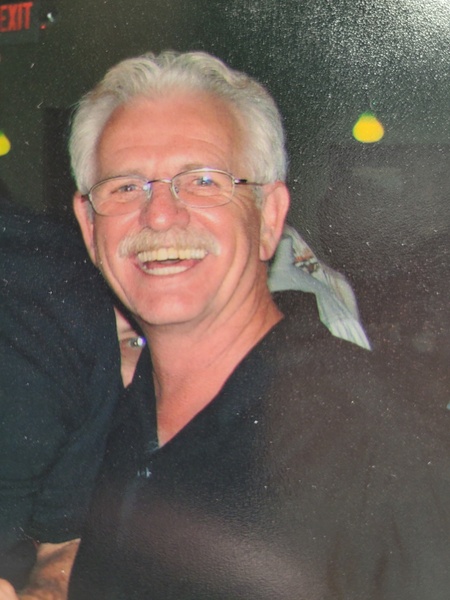 Thomas Charles Larsen (Howard) passed away peacefully at home Monday April 19, 2022 from a long courageous battle with Progressive Supranuclear Palsy. With the onset of this illness Howard tried to live a normal life with very un-normal circumstances. He did this with grace and integrity, he continued to smile and laugh daily as only Howard could.

Howard was the son of Donald and Nancy (Single) Larsen.  Born in Neenah WI, he has four younger sisters, Patty, JoAnn, Karen, and Terry. He graduated from Neenah High School in 1967 and earned his college degree from the University of Oshkosh in Fine Arts, this led him to a 34-year career in the Architectural department with Boldt Construction.

Howard danced his way into Lynn Cannon’s life in 1979. They were married July 24, 1982 and had two great children Nicholas and Andrea. The family enjoyed each other immensely, they were the Larsen4.

Howard had many passions in life and was good at just about everything he tried to do.  He bought his first guitar in sixth grade and was self-taught. Music continued to be a constant in his life, many great memories were shared listening to music with friends and family, there was dancing always!

He loved everything about lake Winnebago, from his early years of fishing with his Grandpa to learning to sail. He was so proud when he bought his first sailboat which he named Moon River.

He was on the swim team and won numerous medals for diving.  He loved downhill skiing and had a style like no other.  He was an artist, sculptor, played hockey and golf.

He was a master story and joke teller; many were entertained around the camp fire at Yale Lane.

Special thanks to the staff at Thedacare Hospice, and Senior Helpers. especially Lexie, Tonya, Claudia, Diane, and Craig.  Your care and guidance these past months are beyond words!

In lieu of flowers, please consider a donation to Thedacare Hospice Foundation Fund in the name of Thomas C Larsen.

Howard you will be so missed, we are glad you are free.

To order memorial trees or send flowers to the family in memory of Thomas Charles "Howard" Larsen, please visit our flower store.