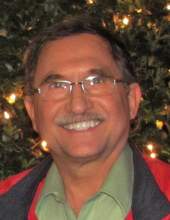 A man of great character and faith left this earth for his Heavenly home on October 29, 2017.

Thomas Gary Strauss was born 71 years ago on September 8, 1946 in Shawano, WI, the son of Franklin and Eleanor Beversdorf Strauss. Raised on a dairy farm north of Shawano led to a life-long love and respect for nature.
He graduated in 1964 from Shawano High School and enjoyed staying in touch with classmates by being on class reunion committees. Attending WSU- Oshkosh he met the love of his life, Mary Meyer also of Shawano and they married on July 4, 1970, making their home in the Fond du Lac area. Tom’s memory will be cherished by his loving wife, adoring three children Kyle, Jennifer, Sarah and their spouses, four grandkids, friends and extended family.
Tom was proud to have been a teacher for 33.5 years at Goodrich and Fond du Lac High Schools where he served for many years as Math Dept Chair and headed the social committee before retiring in 2003. He started the Chess program and as coach, helped Goodrich win their first state championship in 1976 . They also went to the National High School Chess tournament three times, finishing as high as 8th in Philadelphia.

He often remarked how great the staff and culture was at school. Trying to meet the needs of struggling math students, he, along with Christine Horbas and Paul Weisse co-authored AMME applied math textbooks to teach math in a hands-on, visual, every-day approach. The Wisconsin Technical Education Association recognized their efforts by naming Tom the Secondary Teacher of the Year.

Tom also loved working with the KEY Club’s Reading Mother Program and their annual Storybook Land where he played Geppetto, Pinocchio’s woodcarver. In 1995, on the recommendation of a former student, he was given an award by Milwaukee School of Engineering. During the 2000-2001 school year, he was named Fond du Lac Secondary school Teacher of the Year and was honored with the Kohl Teaching Fellowship. His Master degree was earned at Silver Lake College.


A colleague recently wrote this to Tom: “You have touched the lives of thousand of students. Walking by your classroom in the morning, I saw many, many students getting support on math or challenging their minds playing chess. Math wasn’t the first priority in your classroom, students were. For many students, math seemed confusing and confounding. You skillfully unlocked the mystery of math by making it both understandable and relevant. Mission accomplished. Well done.”
He was involved in many activities, and his faith was important to him. As a grateful member of Church of Peace, he served on committees and co-chaired the Fundraiser Bazaar often.

He learned Taxidermy, which led to discovering decorative duck decoy carving under the guidance of many wildlife artists around Fond du Lac.
Best of Show honors came as a novice in his first competition. He judged at several national competitions including the Ward Foundation World Championships in Maryland.

His many interests included local Softball and Volleyball teams into his 50’s. He collected Ephemera – turn of the century Victorian era paper- and searched for it while enjoying traveling the US with his family. Many winter nights were spent planning the summer adventures.

A Fan of our Brewers, Badgers and Packers he attended the famous Ice Bowl Game and went to Major League baseball parks in every city except for three, most with the help of his friend, Don Gorske.

Interest in the Corps of Discovery led him to the Lewis and Clark Trail Heritage Foundation and as a Badger State Chapter member served on the board of Directors.

Both he and Mary love genealogy and keep the family ancestry records; a trip to Germany’s Pommern area where the families emmigrated from was a highlight.

In retirement, they built a log home near Shawano, cutting the trees he helped plant while in junior high school. On that site they held their wedding reception and have hosted numerous family gatherings.

Nothing meant more than family to him and he loved seeing how their three grown children used their talents. Spending time with their four grandchildren, his siblings and extended family gave him so much joy and they meant so much to him.

To say he led a courageous battle almost 4 years with pancreatic cancer does not cover it all. He remained upbeat and positive to all he met. Thank yous go to Dr. Dana Vasquez at Agnesian HealthCare, Dr. Doug Evans at Froedtert Hospital, the wonderful staff at Agnesian Cancer Center, Agnesian Hospice Home Care and Dr. Choi and staff at the Agnesian Pain Clinic.

A memorial visitation will be held at Church of Peace, 158 S. Military Rd., Fond du Lac on Thursday November 2nd from 4 to 7 PM. The service will be Friday, November 3rd at 11 AM, with visitation an hour before.

At a later date the family will place cremains at Wescott Lake Drive Cemetery, Shawano, WI.

In lieu of flowers, if you wish to donate to a memorial in his name, Smiles for Elise envelopes will be available at the Church. The fund helps the medical expenses of his beautiful granddaughter Elise, who is battling Spinal Muscular Atrophy. Memorials may also be made to Church of Peace.
To order memorial trees or send flowers to the family in memory of Thomas Strauss, please visit our flower store.