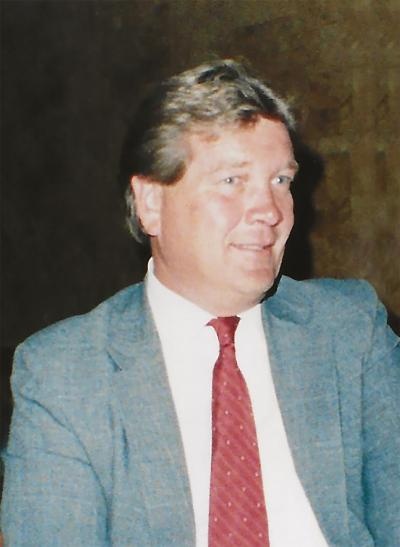 Tom Knorr, 75, passed away, peacefully, April 5th, 2022. He was surrounded by family and friends, with his loving wife, Kris, at his side.

Tom was born on November 28, 1946 –on Thanksgiving Day– at Theda Clark Hospital, Neenah, WI, the fourth son of LeRoy and Margery Knorr of Menasha, WI.

Tom is survived by his wife Kris; brothers Jack (Cheryl) and Jerry, and numerous loved nieces and nephews. He was preceded in death by his parents; brothers Ron (Jean), and Robert; sister in law Juanita Knorr (Jerry).

Tom had an engaging personality and many friends whom he met through his diverse range of work history. He was employed many years as a golf pro at several courses throughout eastern Wisconsin. He was best known as the golf pro at Ridgeway Golf Course at the start of his golf career. He later became co-owner/pro of High Cliff Golf Course and later owner/pro of Shawano Lake Golf Course.

In another career Tom was manager at Olympic Label Company and sales rep at Outlook Graphics. He also professionally raced tunnel-hull hydroplane boats for three years.

Kris and family wish to express thanks to Theda Care Hospice and thank you to Tom’s brother Jack and neighbor Ada.

A special thank you to Tanya, Keith, Jaxon, and Landon; Tom and Kris’s very loving extended family for all of their extra love and support.

There will be a celebration of Tom’s life at a later date.

To order memorial trees or send flowers to the family in memory of Tom Charles Knorr, please visit our flower store.