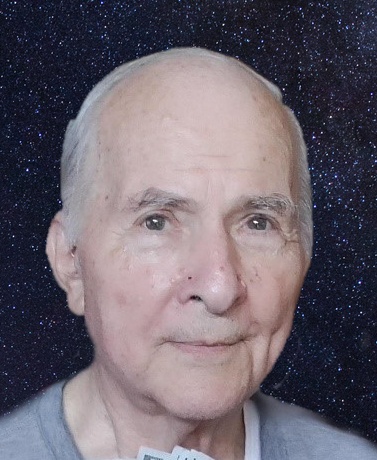 He was born on November 30th, 1935, at home in Dean Lake Township, MN. to Emilie (Mischo) Evans and Walter Evans. He is survived by brothers Russell (Joyce) Evans of San Diego, CA., Stanley (Sue) Evans of Lakeland, FL., and David Evans of Fond du Lac, WI. His surviving sisters are Elaine (Bobby) Grimes of Lakeland, FL. and Mary (Robert) Noordyk of Watersmeet, MI. He is also survived by his 3 sons: Victor Evans Jr. of Oshkosh, WI., Patrick Evans of Oshkosh, WI. and Christopher (Karla) Evans of Menasha, WI. Grandfather to Megan Evans, Ashley Evans, Tyler Evans and Cody Knecht and Uncle to many nieces and nephews. He was preceded in death by his sisters, Joyce Evans, Patricia Evans, Loverne Evans, Judy Evans (Lade) and brothers Peter Evans and Roger Evans.

Victor graduated from Plymouth High School in 1954 where he enjoyed many activities and received many accolades including prom king, co-captain of the football team, student council, band and lettered in football while playing guard and linebacker among many other things.

After high school he joined the Army, where he spent time in France and then after the Army he went off to college and worked for the Arthur Murray Dance School where he met his wife, Mary Olds. They were married on July 18th, 1964, in Milwaukee, WI. and were married for 42 years.

Victor was a furniture salesman and then transitioned to a business computer salesman for Dunn’s Business Center until he retired. After retirement he helped raise his 4 grandchildren.

During his children’s younger years, Victor was very active in Boy Scouts where he met lifelong friends and created great memories for his children.

He loved hunting and fishing with family and friends and was even a participating founder of the MRSSI club, which is a sturgeon fishing club. When he lived in Menomonee Falls, WI. he could often be found hanging out with friends for morning coffee or playing cribbage and cards with friends in the evening. In his later years Victor found his love for casinos and enjoyed playing on the slot machines. He will be missed by everyone he met.

We would like to give special thanks to Barbara Cramm, Victor’s special friend, for spending so much time with him and keeping him entertained the last few months. We would also like to thank Moments Hospice and especially Brooke and Danielle who took great care of him. He loved and appreciated them dearly. Also, a thank you to Sharon S. Richardson Hospice Home in Sheboygan Falls, WI. where he spent his final days.

To order memorial trees or send flowers to the family in memory of Victor L. Evans, please visit our flower store.