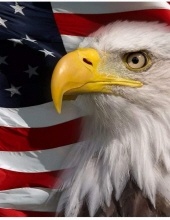 Walter (Wally) F. Memenga was born in Chicago on October 5, 1954. He joined the U.S. Marine Corps and continued to stay active with the military community after his honorable discharge.

He moved to the Fremont area for work shortly after, and this is where here he met his wife of 25 years, Gaella Bucholtz. Together Wally and Gaella had two daughters, Jennifer and Marie, who were his whole world and always made him very proud to be their father.

While raising his two daughters and working, he continued his schooling to become a pastor and serve the Lord. This was Wally's true passion and he continued to spread the gospel up until the day he was called to meet the Lord himself.
Wally had spent over 25 years working for AMCOR (formerly BEMIS) where he was a dedicated worker.
Wally was beloved by many and was always a bright star to talk to. No matter the situations that were thrown his way - he remained positive and always served the Lord. He will be remembered by many as a selfless, caring man who would do anything for anyone, no matter the relation.

A Memorial Service will be held at Wisconsin Veteran’s Home At King, located at N2665 Cty Rd QQ, (near Waupaca) on November 19th, 2021 at 10:00 AM.
To order memorial trees or send flowers to the family in memory of Walter Memenga, please visit our flower store.